1972 - The company was founded by LeRoy Cothrell, PE after working for several years at a major Oregon based wood machinery manufacturer as a designer, engineer, and sales manager.

1979 – The company developed a manual chop saw with an air operated cut action as well as a saw with mechanical clutch activation. Over 3,500 of these saws were sold worldwide. Most of them are still running today. Many other custom machines were designed and built during this time.

1992 – LeRoy recognizing the future was automatic scanning to remove markers, brought the very first scanner into America for cross cut optimization. Ultimizers built and designed many of the most productive Y-transfer designs used to this day to take strips from a single scanner to two saws.

1996 – Ultimizers built and introduced the “Ulti-Vision” scanner to the wood industry. There are over 60 scanners worldwide. We continue to grow and develop this brand.

2000 – Ultimizers developed the 2001 saw as well as the first ever single scanner to three saw system with scanning speeds at 700 feet per minute making it the most productive single scanner system in the world at that time.

Ultimizers continues to develop new industry first products. Ultimizers has made huge advances with scanning and system controls. We continue to create unique layouts and equipment to fill our customer’s needs. We have worked with every major scanner company in the world and continue to do so to this day. We are innovators and dreamers of what’s possible and remain focused on the needs of solid wood optimization. 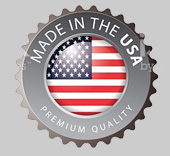